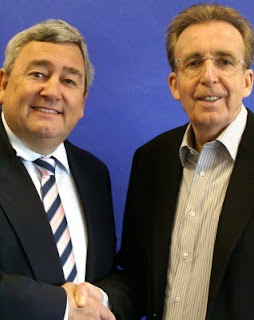 Terry Griffiths, the 1979 world champion and one of the game’s most respected coaches, has been appointed Director of Coaching for On Q Promotions.

Griffiths has previously fulfilled this role for the WPBSA and 110sport.

The Welsh snooker legend will coach and offer advice to On Q’s 19 players managed by Paul Mount, who runs the South West Snooker Academy in Gloucester. Among the squad are Jimmy White, Tony Drago and Dominic Dale.

“I’m really excited about this opportunity,” Griffiths said. “The On Q players include opponents who I played as a professional, players who are real contenders for titles and also the new young talent at the start of their careers. It is a wonderful mix of players and I am looking forward to working with them.”

Griffiths’s role will be a dual one, working to continue to develop the Junior Club at the Academy and bringing his knowledge of Snooker in Schools Projects to Gloucester, to provide opportunities for young players to participate in the sport in the World Snooker endorsed facility.

“Terry is a key piece of the jigsaw, working with the team at the South West Snooker Academy,” Mount said.

“With the schemes we have in place from Junior Club, community projects, local schools, summer schools and the specialist packages for international players and governing bodies, I am sure that we will see a future world champion emerge from the South West Snooker Academy.”

In addition to his coaching of pupils, Griffiths also trains new coaches. He is part of the WPBSA coaching team along with Steve Davis and Chris Lovell and the next WPBSA Coaches’ Training Course will take place at SWSA on June 23-24.

The SWSA will also stage the second annual Pink Ribbon pro-am from June 2-5.
Posted by Dave H at 8:00 am

To say it is exciting times at the South West Snooker Academy would be a mild understatement!!

If anyone would like further information on playing at the Academy, joining the Junior Club, Summer Schools, Boot Camps, Membership, please contact me any time at janie.watkins@onqpromotions.co.uk

You have a couple of days left to enter the Pink Ribbon. John Higgins leads a star studded field. Well over 150 entries.
All entry money goes to Breast Cancer Charity. Just £25 to enter.
Ring the Academy on 01452 223214 to do a dd/cc payment over the phone.
There is a £10,000 prize fund sponsored by MIUS.

good luck all involved there.

Anyone know where theres a calendar of the seasons events? The one on WS is months old and doesnt include the new events.