ALEX HIGGINS DIES: A LEGEND, A REBEL, A COMPLETE ONE-OFF 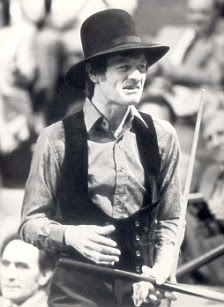 Alex Higgins brought one thing to snooker that above all else cemented his place as one of the game's most important figures: the public.

He won the World Championship in 1972 at his first attempt when snooker barely registered with the British sporting public. By the time he captured the title again in 1982 it had been transformed into a frontline television attraction, largely due to the Northern Irishman’s intoxicating playing style and vividly dramatic personal life.

Higgins’s 1982 success at Sheffield’s Crucible Theatre remains among snooker’s most iconic moments. As the trophy was presented he tearfully beckoned his wife, Lynn, and baby daughter, Lauren, on to the stage to share in the glory.

There were to be many more emotional moments in a life lived without compromise. Higgins could have accumulated more silverware than he did were it not for his volcanic temperament but his capacity to find trouble ensured he retained a huge fascination and, therefore, a sizeable following. His last playing engagement came in a Snooker Legends night at the Crucible in April where he received a rapturous ovation.

Higgins was born in Belfast in 1949 and learned his snooker trade at the Jampot Billiard Hall. He won the Northern Ireland amateur title at the age of 18 and moved to Blackburn to pursue a career on the green baize. Snooker at this time was in the doldrums with just a handful of professionals, little media coverage and television exposure limited only to the weekly Pot Black series. At his first attempt, Higgins won the world professional title. At 23, he was the youngest ever winner until Stephen Hendry captured the crown in 1990 at 21.

Higgins’s 37-31 defeat of John Spencer, the defending champion, in the final signified a changing of the guard. The polite, staid world of snooker had never seen anything like the player nicknamed ‘The Hurricane.’ He would go on to revel in his status as ‘people’s champion,’ packing venues even after his game had declined to the point he could no longer compete at the top level.

Yet for all the controversy, Higgins deserves to be remembered as one of snooker’s greatest ever players. He won the Masters, the game’s premier invitation title, in 1978 and 1981 and recovered from 7-0 down to beat Steve Davis 16-15 in the final of the 1983 UK Championship.

In 1984, he won the World Doubles title with Jimmy White, his protégé who remained a close friend to the end, digging him out of many holes, particularly financial. The remarkable 69 break Higgins made when a frame from defeat to White in the 1982 Crucible semi-finals has been constantly replayed and is still regarded as the finest match saving contribution ever produced under pressure, consisting of a series of difficult pots each executed with the unique Higgins swagger.

Higgins finished runner-up to Ray Reardon in the 1976 World Championship and lost 18-16 to Cliff Thorburn in the 1980 final, coverage of which was interrupted by live news reports from the Iranian embassy in London, which was being stormed by the SAS. So engrossed were millions in the snooker that the BBC was deluged with calls demanding they return to the Crucible.

Higgins’s tumultuous private life kept him in the public eye but snooker’s administrators grew tired of his behaviour, which often crossed the line from the merely rebellious to plain unacceptable. In 1986 he was suspended for five tournaments after headbutting Paul Hatherall, the tournament director at the UK Championship in Preston, who had asked him to undergo a drugs test.

Four years later Higgins was banned for an entire season for a litany of offences, including threatening to have his compatriot and fellow former world champion Dennis Taylor shot and punching a tournament press officer. The subsequent loss of ranking points meant he had to enter tournaments at the qualifying stage and, with his game already in decline, Higgins began a slide that would ultimately end his career.

His death had been predicted many times over the last three decades but Higgins was renowned as a fighter. In 1989, he won the Irish Masters despite having to limp around the table after falling 25 foot after a row with his then girlfriend. He survived throat cancer in 1998 and returned to smoking, despite having attempted to sue the tobacco companies who had bankrolled the sport during his heyday.

Higgins last played in the televised stage of the World Championship in 1994, when he became involved in an argument with the referee, John Williams, about where the official was standing. His last match on the circuit came three years later at the qualifying school in Plymouth where he was escorted from the venue for being abusive and eventually found lying on the ground in the early hours, the victim of an attack with an iron bar.

He attempted various comebacks, none of them successful, and in more recent times cut a sad figure, bitterly deriding the players who now dominate the circuit he helped to build. Last October, he played Thorburn again in a Legends tournament in Glenrothes. His frail frame and inability to talk in anything but a whisper reduced his notoriously tough Canadian opponent to tears.

Right to the end Higgins relished his role as one of sport’s great anti-heroes. He was uncompromising and could be impossible to be around, even for his friends, but was the key figure in snooker’s rise from obscurity to the television big time.

Alex entranced me into the game as a young boy. I wanted him to win with a passion I have not felt since. I will have a Guinness for you tonight. RIP

i am so glad i was at that event in october to catch one last watch of millions of snookers fans hero.

Dave, do you know the exact date Higgins won the world title in 1972? Everyone has him down as being 22, but you say he was 23, and I'm assuming that isn't a typo?

SAD SAD DAY FOR OUR GAME. R.I.P. ALEX HIGGINS, MY MATE. MORE TRIBUTES FROM ME WILL FOLLOW IN THE FUTURE. A LEGEND X

No more fitting a tribute than the closing words of the play written about him:

"Don't feel sorry for me, I stood on top of the world"

there should be a film about his life it would be a epic.

I have been one of those poor referees that had to work with Mr Alex Higgins. I found him to be a true gentleman. He will be sadly missed by many including me.

I agree a film would be superb. We don't have any snooker films and what a boost to the sport it could bring too. Insiders of the game should plan it with Hollywood. Lol

There is a film called "Number One" starring Bob Geldof which is based on Alex Higgins rise to fame, and his world championship final against John Spencer. Geldof once stated he only thought he got the part because he was Irish. It's not very good - and it's said in the 80's as opposed to the 70's - but I think it's the closest you will ever get to a film about Alex Higgins.

Seems he had 4 children- 2 by Lynn, 1 by his 1 st wife and a child by a relationship in 1974/75 according to the online edition of the Daily Mail. In one of his biographies he claims Cristel (Cara Hasler's daughter) wasn't his as he and his wife were 1000s of miles apart and not getting on-but the Irish independent seemed to accept that she was Higgins' daughter. Not sure what his responde to the 1974/5 love child claim was- the story broke in the News of the World six years ago.

Snooker © The Fine Art Method
A secret is wasted if not shared
Dear Mary. Thanks for the plug, Hello Dave.
I think your libellous comments Mary should be rested this week or until “The Hurricane Man” is honourably buried with sad reminders of by-gone days.

My only tangible memento of Alex is retaining the autographed ticket of both he and Cliff Thorn bourn in Scarborough for a Challenge match one bitter cold night over twenty years ago. RIP lad. Mr Hey You

TWO QUOTES FROM SNOOKER PEOPLE THAT ARE TRULY FITTING FOR ALEX HIGGINS:

DAVID HENON: " A LEGEND, A REBEL, A COMPLETE ONE-OFF" INDEED THE TITLE OF THIS ARTICALE IN DAVID HENDON'S BLOG.

TED LOWE: CONTTROVERSIAL, TEMPRIMENTAL, BUT A TERRIFIC TALENT FOR THE GAME ON SNOOKER." SOME WORDS OF COMMENTARY BY TED LOWE, IN REFERANCE TO ALEX HIGGINS, AS HIS 1982 WORLD CHAMPIONSHIP FINAL, AGAINST RAY REARDON, WAS ALMOST AT ITS CONCLUSION.

I, MYSELF, HAD A DRINK FOR THE HURRICANE LAST NIGHT, AND THE NIGHT BEFORE THAT, WHEN I HEARD THE NEWS. I AM SURE THAT YOU,(ALEX HIGGINS,) WILL HAVE JOINED ME IN DOING SO, IN YOUR'E OWN WAY.

MY DEPESY SYMPATHIES GO TO ALEX HIGGINS, HIS FAMILY AND FRIENDS AND ALSO, THE SNOOKER PUBLIC, IN WHICH I AM PROU TO BE A MEMBER.

O'Reilly - please don't post in capitals, and learn how to spell.

farewell to a legend , a superb talent albeit flawed a genius with a cue who i watched when i was growing up. a legend on the baize with a cue in his hand the game will be sadder for his passing god bless alex . now you are with paul medati rip 2 superb players if it was not for alex snooker would not be the game it is today the family is in my thoughts at this time i play snooker myself alex was my inspiration the world championships in sheffield will be a sadder place without you

hes not with medati- hes with a horse called dreadnought

Interesting post about snooker game. I personally like to play snooker because it makes me feel relax and stress free. I enjoy a lot snooker game.

i tink der shud be a film made he waz ta man 2put bums on seats at ta snooker scene , an he' wud do juz tat if der waz a movie made about him :)